Lecco is a city located at the southernmost end of Lake Como’s southeastern branch. Because of this, this branch is often refered to as the Lecco branch.

With its approximately 50,000 inhabitants, Lecco is smaller than the city of Como, but still offers city conveniences and is a popular base for Lake Como visitors. The distance to Milan is roughly 50 km.

Nestled among the Bergamo Alsp to the north and east, Lecco was selected Alpine Town of the Year in 2013.

Historically, Lecco has been an important spot for travellers seeking to cross the river Adda. The Azzone Visconti Bridge was built here as early as the 1330s. The Kennedy Bridge was finnished in 1956 and the Alessandro Manzoni Bridge in 1985. 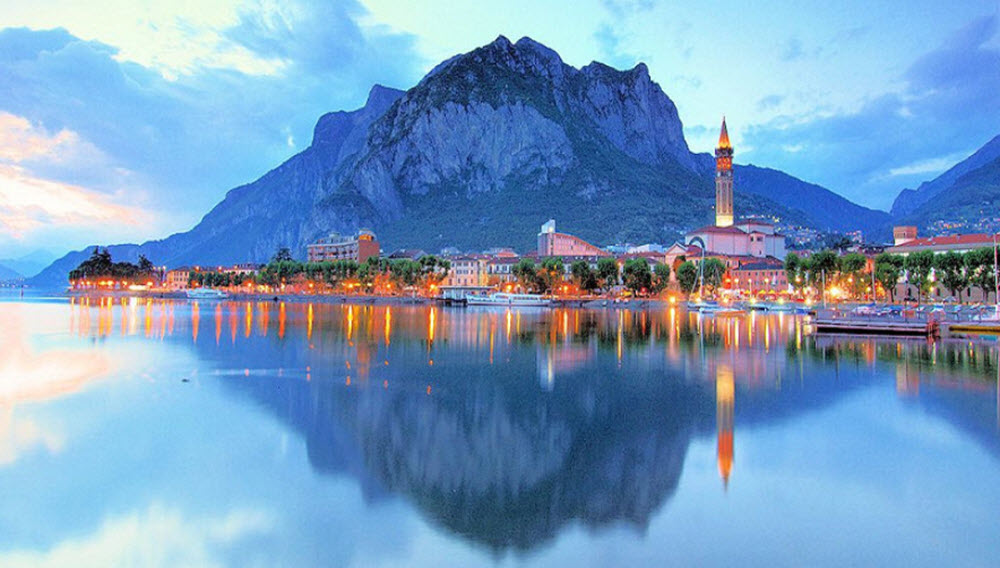 Lecco is the finish point for the cycling classic Giro di Lombardia.

Lecco’s patron saint San Nicoló is celebrated on the 6th of December.

Before the Romans invaded Lecco, Celtic people lived in this area, as evidenced by archeological findings of Celtic settlement remains.

Due to the importance of Lake Como for transportation, the Romans built castrum here and turned it into an important transportation hub.

After the fall of the Western Roman Empire, the town was captured by the Lombards in the 6th century AD, and then later by the Franks.

Later, Lecco became a possession of the Milanese monastery of St. Ambrose, and was eventually subjected by Milan. Lecco was then included in the Duchy of Milan of Lombardy.